Made a CEO Eat Dog Food

Wild Earth was facing a daunting task. They had to launch their new pet food and break the myth that real dogs eat meat. All by introducing a product that no one thought was needed: plant-based dog food.

Ryan Got a Deal
In spite of the challenge, Wild Earth’s CEO Ryan got on Shark Tank and landed a deal with Mark Cuban. Wild Earth’s kibble was better for the world, better for the industry, and better for your furry friend. But even with the show exposure, sales weren’t where they were supposed to be.

New Brand Look
In order to sell what was in the bag, Wild Earth needed to make an even bigger splash. So we redesigned their packaging. And their next chapter was born. (And yes, that’s my girl Nola on the bag!) And yes, she eats it.

The redesigned packaging secured distribution from the biggest independent food distributor in the country. And online sales took off.

But we didn’t stop there. Their CEO, Ryan, once said that Wild Earth pet food is so pure he’d eat it himself. So that’s what we had him do in their launch video. I developed, directed, shot and edited the launch spot.

Dogs and Parents Loved It
The video helped drive down Wild Earth’s customer acquisition costs by 30%, making it one of the lowest in the industry. And Wild Earth sales have increased by 50% each month since we launched the video.

Drove Customer Acquisition Costs Down by 30%
The Lowest in the Industry.

Increased Sales By 50% Each Month After Launch.

In the News
It also got Ryan (and the brand) on major national media outlets including Bloomberg, CNBC, FOX, and NBC. 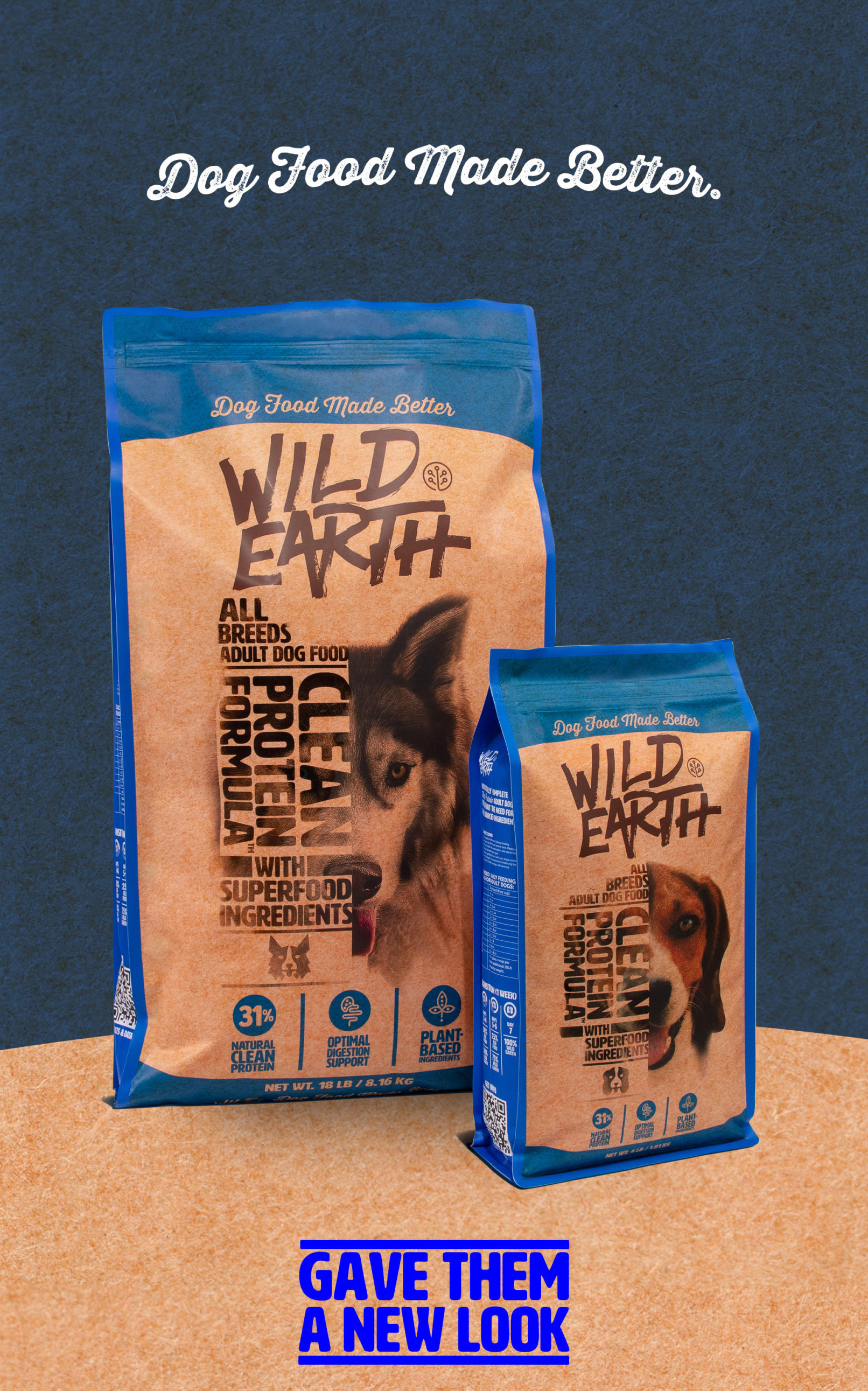 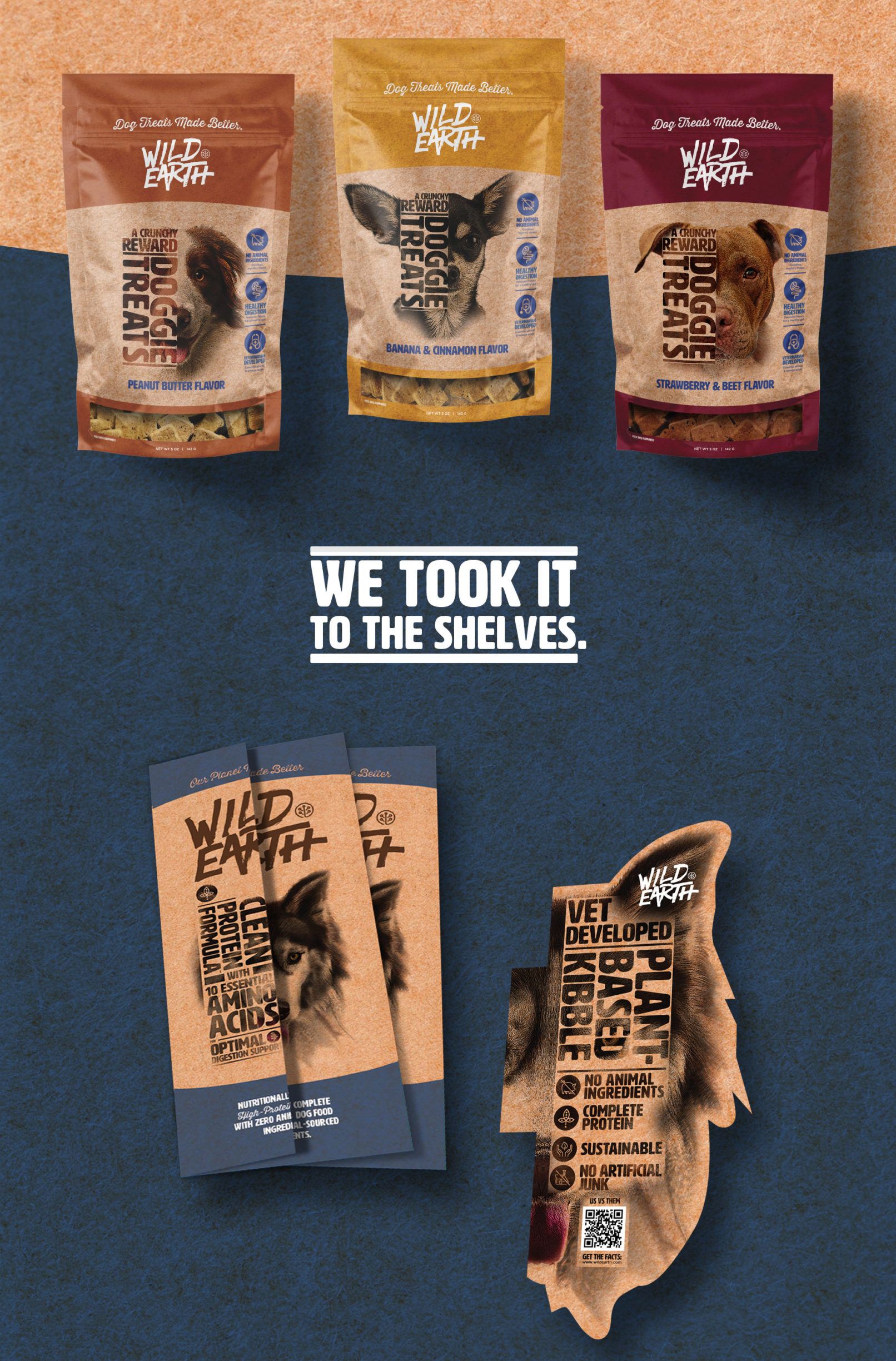 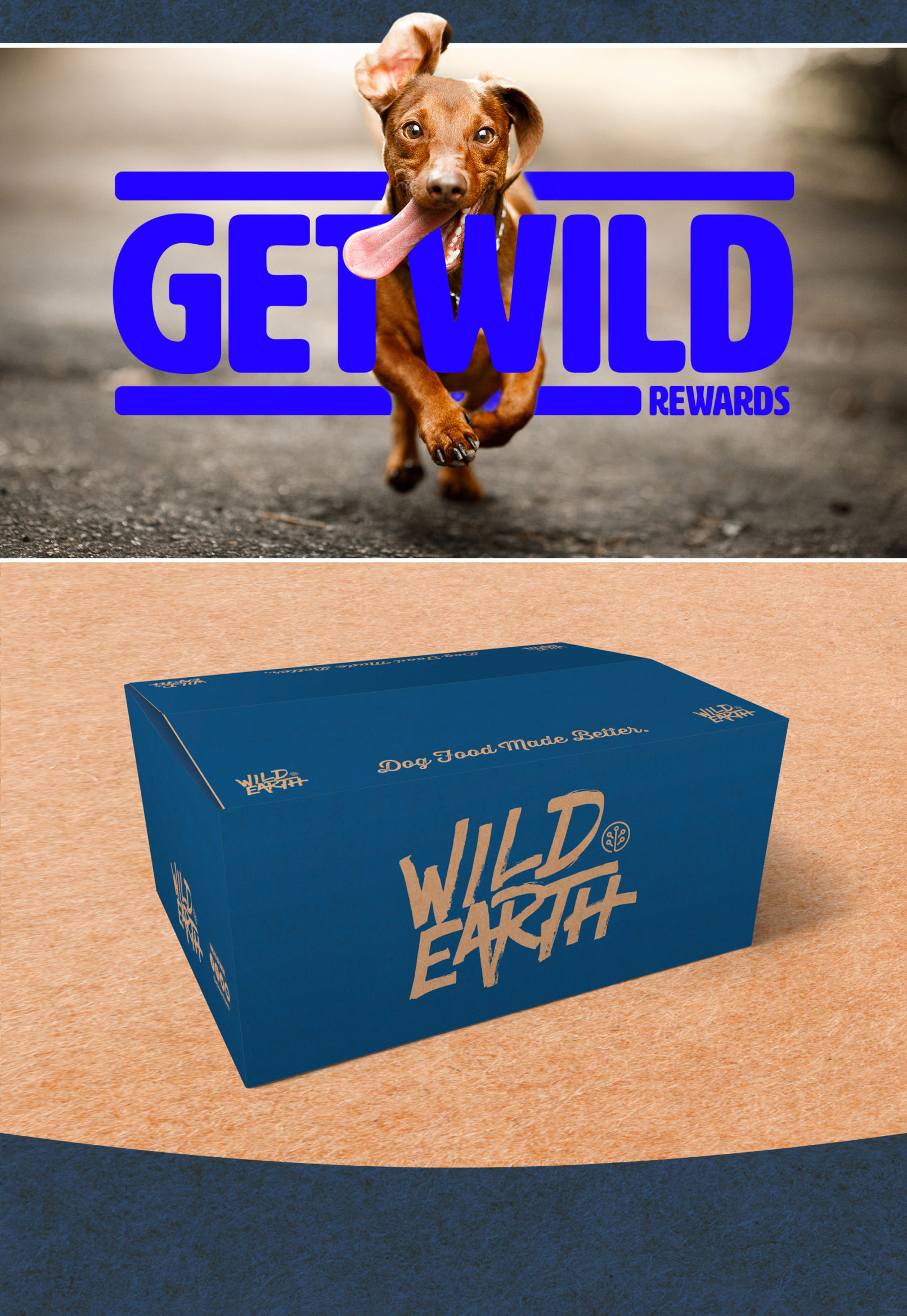 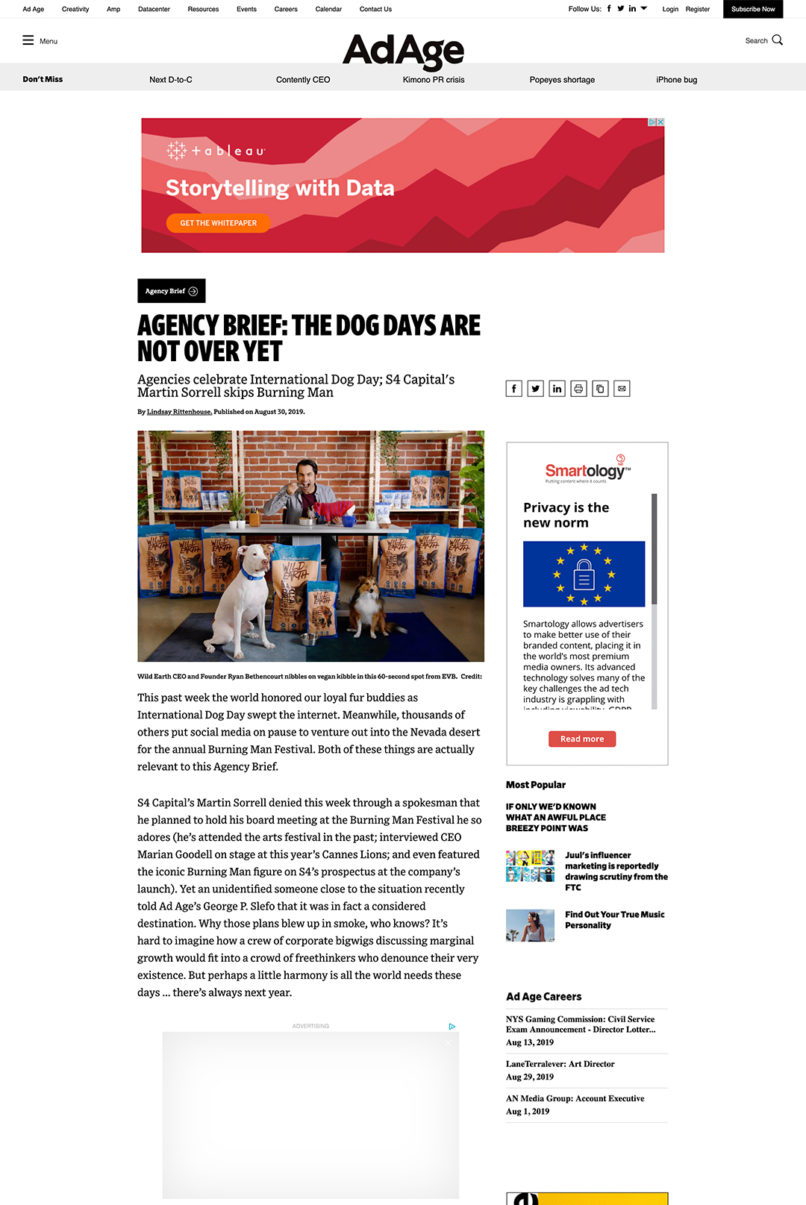 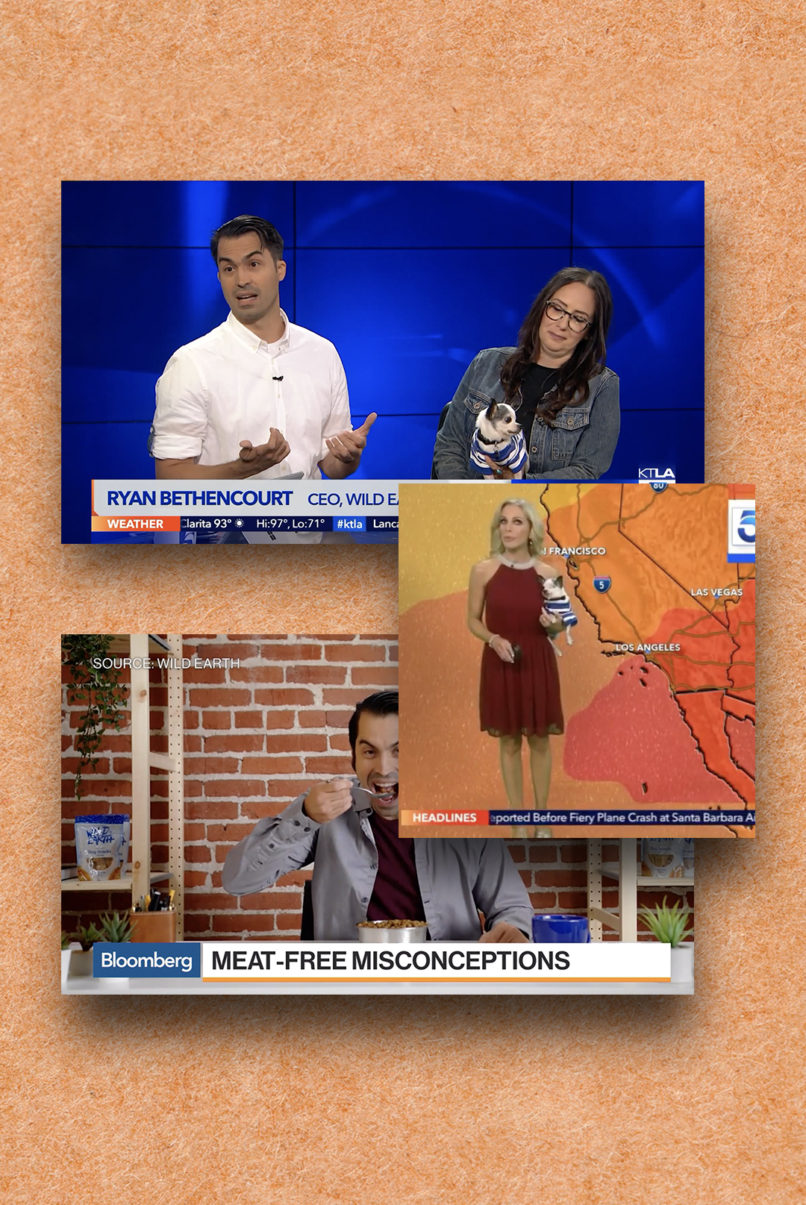 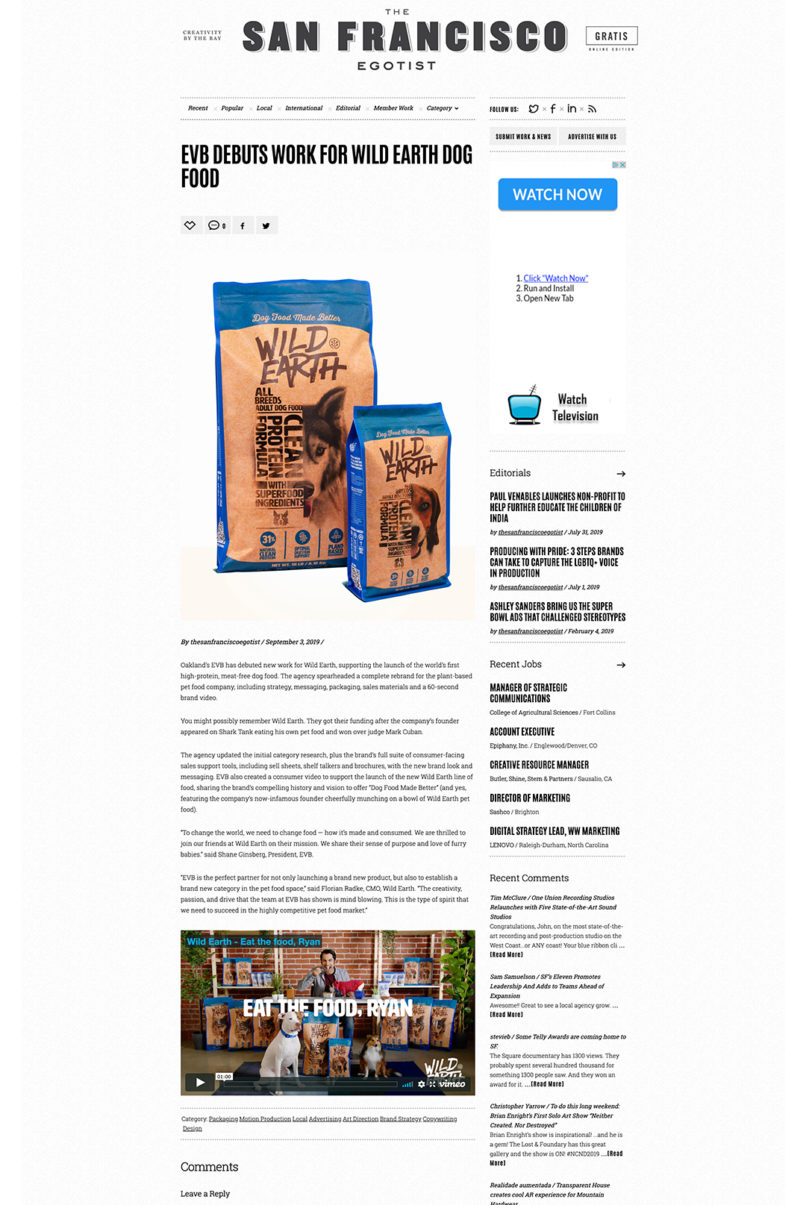